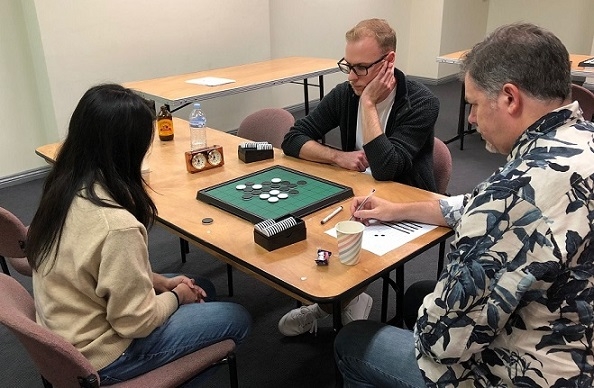 The 2021 Australian Nationals had a late change. As a result of the Melbourne lockdown due to COVID-19, the Victorian players could not make it to Sydney. A decision was made to stage two tournaments, one in Sydney and one in Melbourne. The two finalists of each Open would play each other in a third tournament to determine the overall winner for the current year. The late change was necessary to ensure participants from Sydney and Melbourne and around Australia could still take part in the tournament.

Eight players took part in the first of the two tournaments, the Sydney Open. Six were from New South Wales, two from Queensland and one from Western Australia. All were seasoned veterans of the game. There were no new players this time. Hopefully the Melbourne Open will include some new players.

The final of the Sydney Open was played between Joanna William and Scott Hughes. Jo was the eventual winner in a thrilling contest. As the two finalists in the Sydney Open, both Jo and Scott will later face the two other finalists from the Melbourne Open to determine the overall Australian champion for this year.

Thanks goes to Phil Cairns and Scott Hughes for keeping things under control throughout the day. Thanks also goes to Scott Hughes and Matt Vinar for finding and booking the Sydney venue for our use. The meeting room at the Unilodge was perfect for our needs.